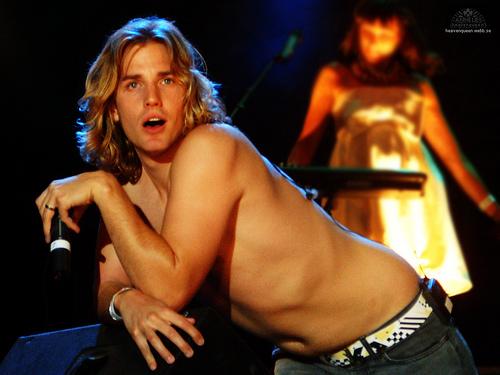 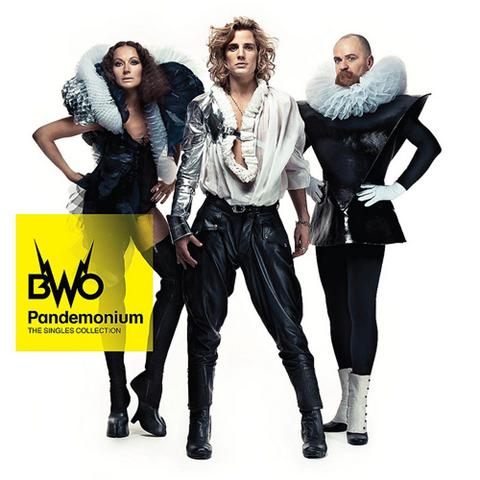 BWO is a Swedish electro pop group, formed in 2004. Prior to early 2006 they used the name Bodies Without Organs. In Sweden they have enjoyed considerable commercial success throughout their career, so far notching up 15 Top 40 singles, including a Number 1 with Temple of Love, and five Top 10 albums including a Number 1 with Halcyon Days, and have won several major Swedish music awards.

Since the mid 00s, BWO have had significant chart success in several Eastern European countries including Finland, Ukraine and Russia, and some moderate success in the United Kingdom, Greece, Switzerland, Germany, Norway, Denmark and the United States.2009 saw a major breakthrough for the band in Japan, China and Taiwan with the compilation album Sunshine In The Rain, especially designed for the Asian market. This release was greatly supported by leading Asian star Jolin Tsai, whose international #1 hit cover version of a BWO song opened Asia to the Swedish band.

Alexander Bard, whose previous music projects had included Army of Lovers, Vacuum and Alcazar, started work on a new project during 2003, working with the record producer Anders Hansson who became the band's co-producer. They auditioned over 35 different vocalists before meeting former Popstars contestant Martin Rolinski who was duly chosen as lead singer. Marina Schiptjenko, an art-dealer and a one-time member of Vacuum, then came on board as the third member of what became Bodies Without Organs.

There was initially a suggestion that the band would be a four-piece including Jean-Pierre Barda from Army of Lovers, but this did not come to fruition, and Barda's explicit involvement extended as co-writing the songs "Living In A Fantasy" (BWO's first single) and "European Psycho", both included on BWO's first album "Prototype" (It's odd that a picture of Barda turned up in the inner booklet of this album), and appearing on the videos "Conquering America", "Sixteen Tons of Hardware", "Open Door" and "The Bells of Freedom", in which Dominika Peczynski, also from Army of Lovers did make a cameo too.

The name of the band derives from the philosophical term body without organs, developed by French philosopher Gilles Deleuze and psychoanalyst Félix Guattari in their 1972 book Anti-Œdipus. Bard, an author and lecturer of philosophy, has referred to the ideas of Deleuze in his books Netocracy - The New Power Elite And Life After Capitalism and The Global Empire, both co-written with Jan Söderqvist.

At no point has BWO been a full-time project for any of the band's members - Bard continues his other career, notable in its own right, as a philosopher, while Schiptjenko remains an art dealer in Stockholm and Rolinski has a Master of Science in Engineering and works in that field. 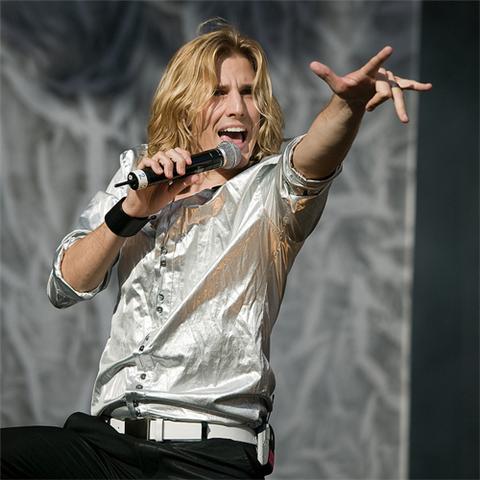 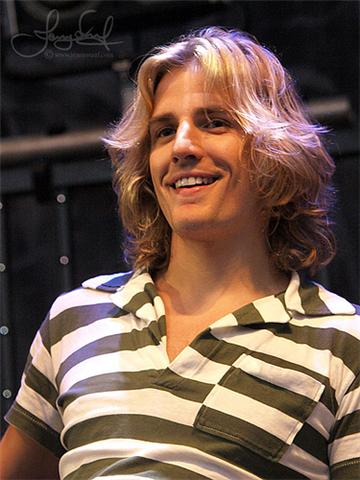 Musically, BWO have come to represent the more commercial side of the Swedish electro scene, also featuring artists like Robyn, The Knife, Jenny Wilson and September. Alexander Bard has claimed that BWO's electronic pop music is the missing link between ABBA and Kraftwerk.

Visually, BWO have been working with most of the high-brow Scandinavian music video directors, including Fredrik Boklund, Kalle Haglund and the award-winning Kamisol team. Like most of the other Swedish electro acts, BWO have been featured in hundreds of fashion articles,[not specific enough to verify] working closely on their visual style with their in-house Irish stylist Sally O'Sullivan. This visual style has however often been unusual, particularly on the part of Alexander Bard, attracting comparisons with Army of Lovers; BWO's performances at Melodifestivalen 2008 in full Elizabethan-style costume were a prominent example of this. Many of their music videos have also contained unusual and eccentric themes or elements, such as stigmata, mild sado-masochism, animal costumes or the faces of band members being superimposed on live creatures; however these have generally steered clear of the controversy often attracted by Army of Lovers videos.

BWO's debut single release was "Living in a Fantasy" in May 2004. This was only a moderate Number 44 hit in Sweden, and the style and production of the song differ somewhat from those of any BWO song released subsequently. Subsequent releases were more successful in Sweden, particularly third single "Sixteen Tons of Hardware" (Number 11) in February 2005. BWO's debut album Prototype, first released in Russia in December 2004, was released in Sweden in March 2005, reaching Number 2 in the album charts and attaining platinum status. Eventually no fewer than seven tracks from the album went on to be Swedish hit singles, with sixth single "Sunshine in the Rain" (Number 12) being another high point.

BWO's second album Halcyon Days, released in April 2006, entered the Swedish Album Chart at Number 1, shipping gold and generating four further hit singles, of which the first single "Temple of Love" was a Number 1 smash in Sweden and charted across Scandinavia and Eastern Europe.

A third studio album, Fabricator, was released in Sweden on September 19, 2007, entering the Swedish charts at Number 6. A pre-release single "Save My Pride", was released in May 2007, becoming BWO's fourth Top 20 single in Sweden. It also went Number 1 on major Turkish radio station Radio Mydonese's Top 40 Countdown in July 2007.The singles "Let it Rain" and "Rhythm Drives Me Crazy" were released simultaneously in August 2007. "Rhythm Drives Me Crazy" was chosen as the theme for the Swedish team in the Women's Football World Cup in China in September 2007, and was a fourth Top 20 hit for BWO in Finland. A fourth single "The Destiny Of Love" was released in October 2007. A fifth, "Give Me the Night", was released at the end of December 2007, but became the only BWO single (as of August 2008) to fail to reach the Swedish singles chart.

A "greatest hits" album called Pandemonium - The Singles Collection was released on April 9, 2008. It contained most of their previous singles plus 3 new songs. "Lay Your Love On Me", their entry for Melodifestivalen 2008, was the first single release, reaching Number 2 in the Swedish singles chart, plus their first Number 1 in the influential Sveriges Radio P3 Tracks chart. "Barcelona" was a less successful second single, but third single "The Bells of Freedom" became a sixth Top 20 single after a tie-in with Europride 2008 in Stockholm.

A DVD by the same name, containing all video clips, was released in the fall of 2008.

Big Science is the fourth studio album of BWO and was released on April 1, 2009. It features 12 brand new songs, but the album has a total of 14 tracks (two remixes are included). The first single is "You're Not Alone", which was released as a ballad and as a disco version (like they did with Open Door). The ballad version also served as BWO's entry in the 2009 Melodifestivalen. "Right Here Right Now" is the second single and was released on May 27, 2009. A third single will be released in Scandinavia in the fall. Big Science is also expected to be released as BWO's fourth studio album in the UK, sometime after the release of "Right Here Right Now" in the UK, with a slight edit to suit the UK market.

In the United Kingdom

Signed to small independent record label Shell Records in the UK, BWO have achieved moderate success with a few single releases. Initially two of their Swedish hit singles, "Sixteen Tons of Hardware" and "Chariots of Fire", reached the Top 10 of the British club charts.[citation needed] With a more concerted UK release including physical CD singles, the remixed 2005 single "Sunshine in the Rain" hit number 1 in the UK indie chart and reached Number 69 in the main UK singles chart in March 2008. "Lay Your Love On Me" was released in the UK in late July 2008, charted also at Number 69 in the main singles chart, and Number 2 in the UK indie charts. BWO's third physical single release in the UK was to be "Will My Arms Be Strong Enough", the single was released on the 22nd of September 2008, and failed to make the top 100.

All three single releases by BWO have been playlisted by BBC Radio 2 "The UK's most popular radio station" and a few music TV channels. They have attracted more attention in gay media, and have twice appeared in the prestigious Saturday night slot at the G-A-Y nightclub in London. Both "Sunshine in the Rain" & "Lay Your Love On Me" can still be heard being played in New Look and H&M, two of the UK's most popular high street clothing retailers, throughout 2008 & 2009

With the rise in popularity in 2009 of Synth-pop, and Swedish music acts, such as Basshunter, Agnes Carlsson, September (singer), Robyn & Velvet (singer) in the UK, BWO will once again try to break into the UK market, with perhaps an even bigger push than their last attempt. They plan to release their latest single "Right Here Right Now". The track has been edited to become more suited to the UK market, and now includes vocals from "Velvet" another swedish artist, who already has a big presence in the club scene in the UK, and also remixes of "Right Here Right Now" by Cahill (band), who's current remixes of other artists tracks i.e. Little Boots, Agnes Carlsson & Alesha Dixon, have gone down extremely well with the UK Media. A new music video is rumoured to be in the works, and the song is already gaining airplay on Gaydar Radio. The single is due to be released on August 31st, with BWO's fourth studio album "Big Science" to follow up the release.

As of the 30th of July, "Right Here Right Now", has so far peaked at #19 in the UK Commercial Pop Charts Top40. Some music channels, as of early August are now playlisting the music video for "Right Here, Right Now", the music video being the same as the original, with the addition to Velvet's vocals on the track.

In the United States

BWO made their way to the USA with their singles "Lay Your Love On Me," "Chariots of Fire", "Temple of Love" and "The Destiny of Love" being played in the popular clothing store Abercrombie and Fitch during summer 2008, the holiday season in 2008 and into early 2009. In February of 2009, "Sunshine In The Rain" was also featured on the Abercrombie and Fitch playlist.

BWO competed in the Swedish Melodifestivalen 2005 with the song "Gone", written by the band's co-producer Anders Hansson, but failed to qualify for the final, finishing fifth out of eight in one of the four semi-finals.

In 2006, they competed once again in Melodifestivalen with the song Temple Of Love, this time qualifying for the final at the Stockholm Globe Arena, where they finished second behind Carola. Temple Of Love went on to reach Number 1 in the Swedish singles chart, and has been assessed as the most internationally successful Melodifestivalen song from the 2006 competition.

During 2007 BWO stated in interviews that they had no intention of returning to Melodifestivalen, but might consider instead seeking to enter Eurovision for Martin Rolinski's homeland of Poland.However, there was a change of heart, and BWO entered Melodifestivalen for a third time in 2008 with a song called "Lay Your Love on Me". This was co-written by Bard and Hansson together with Bobby Ljunggren and Henrik Wikström, ironically the two composers who wrote Carola's winning song which beat BWO in 2006. Going into their semi-final as heavy bookmakers' favourites to qualify, the song duly progressed directly to the final, held at the Stockholm Globe Arena on 15 March 2008, where the song finished in third place behind winner Charlotte Perrelli and second-placed Sanna Nielsen.

In 2008, it was also rumoured that BWO were approached by the BBC to appear in Eurovision: Your Decision, the UK's version of Melodifestivalen, however BWO turned them down in favour of participating once again at Melodifestivalen.

BWO entered Melodifestivalen once again in 2009 with the song You're Not Alone, which was co-written by Bard and Hansson with Fredrik Kempe.The song didn't qualify directly for Globen and was send to 'Andra Chansen'. They didn't go through in that round either. 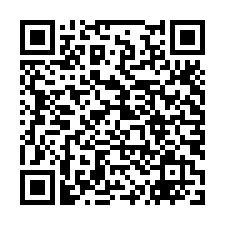